We have some juicy information for Black Ops 3 zombie fans now, as it looks like Treyarch has filled the dots with regards to one of the Black Ops 3 The Giant Easter Eggs contained in the map – a remake of Der Riese.

The original Easter Egg if you recall was the Der Riese Fly Trap achievement and now we can confirm that Treyarch has also remade a new version of this easter egg as well for the Giant.

As a result, we can now show you how to get the the Annihilator in Black Ops 3 The Giant Zombies. It’s a one-hit kill pistol from multiplayer mode but now it is available in zombies by completing this easter egg. 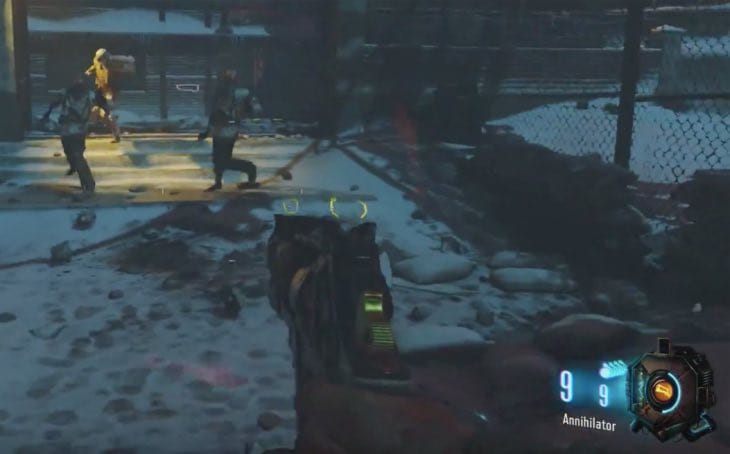 It starts off with shooting through the fence again with a pack-a-punched gun, just as you did on World at War years ago. Then after that, you have to find the teddy bear locations in The Giant which Treyarch has scattered into new areas.

You can see all of the exact locations in the video which we have included below. The prize for doing so is the Annihilator which you will now find in the furnace on the ground floor – it is available as an additional weapon slot but you can’t upgrade the Annihilator in the Pack a Punch machine as far as we know.

This weapon is amazing and you should all unlock in the Annilator in The Giant zombies as soon as possible, since it’s essential in surviving past the latter rounds.

What are your thoughts on Treyarch revisiting this Easter Egg with a weapon to unlock unlike last time with the same achievement?