Whenever we think of Star Wars, the first thing that comes to mind is the lightsaber, as it’s such an iconic weapon from the franchise, even more so than the hand phaser from Star Trek. We’ve seen many variants of the lightsaber in the past, but none as awesome looking as the Rahm Kota v2 lightsaber.

There are several replicas on the market, but this unique lightsaber celebrates Star Wars: Episode 7 far better than some of those cheap toys you see, and boy have we seen a lot of them. We do hope with Disney now on board we will start to see even better merchandise, although some Star Wars fans believe that George Lucas went a little over the top in the end. 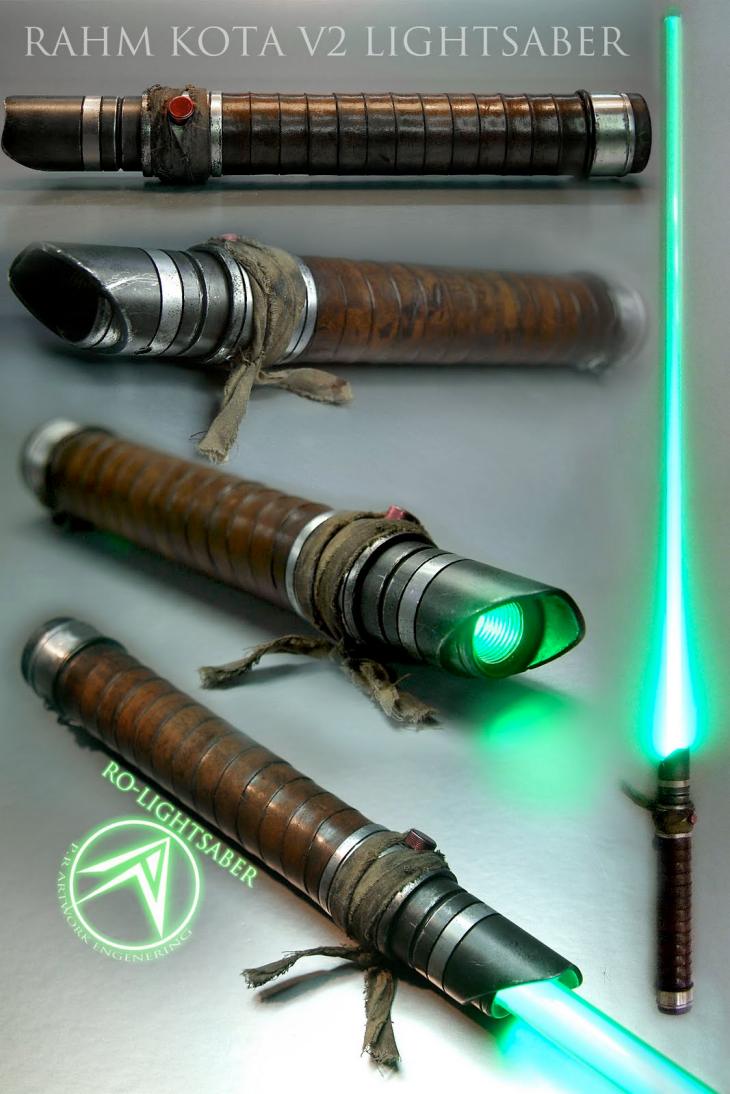 Even though Rahm Kota will have nothing to do with the new Star Wars Episode 7 movie, we can’t help feel this lightsaber is a beautiful way to celebrate the upcoming release. Roland Palotai is one of the best in the business when it comes to replica Star Wars memorabilia, and if you don’t believe me, then check out some of his other work.

He puts a lot of love into his creations, and you can see the Rahm Kota v2 lightsaber shows off the elegant design of such a wonderful weapon. We are not certain on its price, but we have seen previous models sold for around $500.