It was only back in November last year that gamers were given the news that the PlayStation 3 exclusive Under Siege would not be arriving on its scheduled release date. However, they were then told that the game would be launched sometime in December.

This didn’t appear to be the case however, as the game still didn’t arrive in December. It now looks like the game has suffered yet another delay. According to Sebastian Moss at playstationlifestyle.net, the developer has recently spoken out about the delay in Under Siege’s release date.

In a message that’s been posted on their Facebook page, Seed Studios explained that the unfortunate delay is down to two main reasons. The first reason given is the fact that this is the first time that the developer has ever produced and published a project of their own. 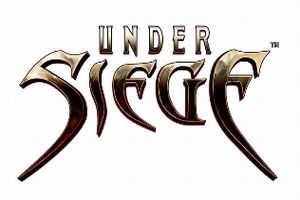 This they explained was a whole new learning process for them, which eventually complicated things in terms of their launch calendar. The other reason given is Sony’s rigorous quality assurance process, which Seed Studios didn’t actually realize would take as long as it did.

However, the developer now claims that the Under Siege game will be near perfection when it finally arrives in gamers’ hands. Unfortunately they have not mentioned another release date, but we will keep you posted if we do hear news of one.

You can keep updated with all the latest Under Siege news via the Facebook page here. Are you looking forward to playing the Under Siege game?