Some of you may have been left feeling rather disappointed last month, when you realized that the PlayStation 3 exclusive Under Siege would not be released as planned. There is good news now however, as the game will be arriving later this month.

According to a recent article over at joystiq.com by Andrew Yoon, the Seed Studios developed Under Siege game — which will be PlayStation Move-enabled — will be available sometime this month, and will cost $19.99 (£11.99 in the UK and â‚¬14.99 in other European countries). 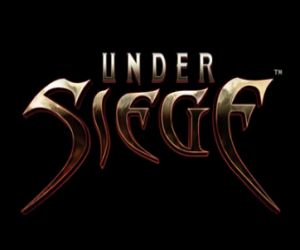 Filipe Pina from Seed Studios explained the delay via the game’s official Facebook page (here) recently, posting a message that read: “360,000 lines of code and almost 10,000 files can sometimes be tricky to handle.” I’m sure the wait is going to be worth it however.

Not only will the Under Siege title have support for the PlayStation Move, but it will also feature online and split screen multiplayer, a level editor, custom music support, XMB screenshot, video/voice chat in the lobbies and in the game and YouTube video recording.

Are you looking forward to Under Siege’s release?