If you picked up an imported Vita at launch, there’s a good chance that the first game you tried out was the impressive Uncharted Golden Abyss. We’ve played through it and finished it, but as you’ll probably agree the sheer amount of collectibles in game make the game last a lot longer.

For those of you that are unfamiliar with the game, a key portion of the game is spent on collecting various treasures, such as rare artifacts or bounties collected from enemies. Treasures are put into different categories and the completion of a whole set will reward you with a trophy unlock to get you up and running on your overall Vita trophies.

However, the bounty treasures are harder to obtain as the chances of enemies dropping them are completely random. Sony understands this too and it’s why they have decided to introduce a new feature to Uncharted Golden Abyss called the Black Market. The Black Market will make use of the interesting Near feature on the Vita to allow Uncharted players to exchange treasures with one another.

You can put a request in on the app for a specific treasure or bounty and if other players have it they can pass it on to you, likewise if you have an item that someone else needs. It sounds like a very useful app indeed and also a great way for Sony to get Vita users to use the Near app more. We challenge anyone to find the 300 collectibles in the game on the first play through, as we initially had trouble just looking for a complete set during the first level.

Sony has stated on the official blog that some of the treasures in Uncharted are really rare, and some of which can only be obtained by using the Black Market. Sony has kicked started this interesting feature, and we’re guessing other developers will make use of the Near app in future games as well, which is great.

One feature that we haven’t had any updates on is multiplayer. Uncharted Golden Abyss offers a decent amount of content, but we’re still a bit disappointed that there isn’t any sort of local multiplayer option. If Uncharted on Vita had multiplayer then it would easily be value for money at the $44.99 price that Sony are asking for. Without it, we’re not so sure. 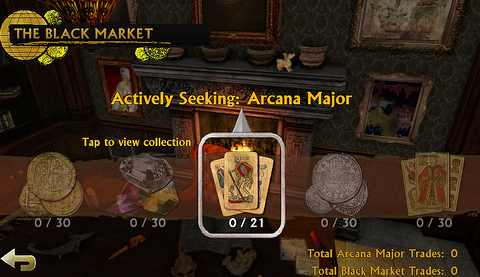 Are you missing a lot of treasures on Uncharted?