We are confident that Naughty Dog will deliver an amazing game with Uncharted 4, as they have built-up a solid reputation and we personally loved the previous title. Uncharted 4: A Thief’s End saw the latest release date given after a delay last month, and now marked down for April 26 in the US and 3 days later in the UK.

It’s pretty clear Naughty Dog will be using this extra time to make the game shine on PS4, rather than launch broken with lots of bugs. Feedback from the multiplayer beta last year would certainly have helped developers, and a few hints on Twitter at the start of this year tell us more.

The Uncharted 4 lead designer, Robert Cogburn, had a few things to say on Twitter at the end of last year and on New Year’s Day. Mentioning he’d “played the 3 largest maps”, and explaining how “awesome” they were.

Another tweet can be seen below and reveals there’ll be a lot more news coming in early 2016 for Uncharted 4 multiplayer. You were told to keep on at this Twitter user for details on an ETA, the Director of Communications at Naughty Dog. 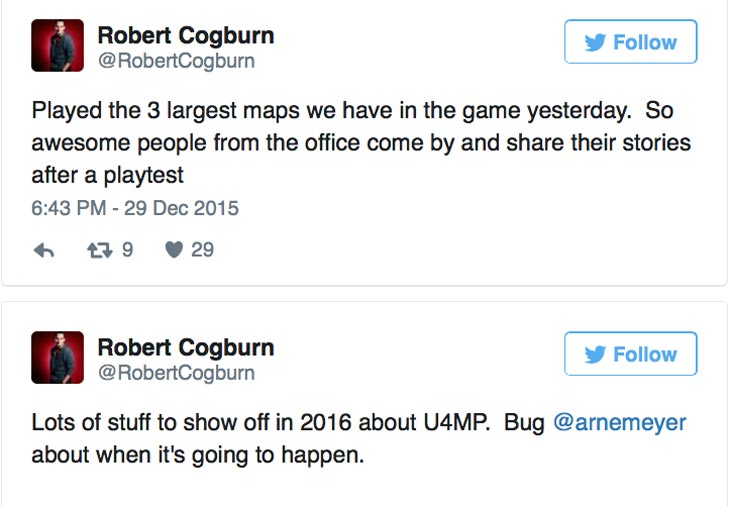 You can see both of these tweets above and while this is great news, we can’t help but want the Uncharted 4 single player length details sooner rather than later like many of Product Reviews readers. Sadly, we expect the exact single player length to be revealed right before the launch in April, although it’s said to be “Similar To Previous Uncharted Games”.