How are you getting on with your Uncharted 4 adventure so far? We came across something very interesting this week in relation to treasure hunting and we wanted to make sure you all know about it.

Uncharted 4 players will obviously be taking their treasure hunting very seriously, but how many of you have managed to unlock the Uncharted 4 Platinum trophy?

Just over 4,000 players seem to have done just that since launch and some are reporting that they received a surprise from Sony for doing so – in the form of an Uncharted 4 Platinum Trophy poster sent out via email by Sony. 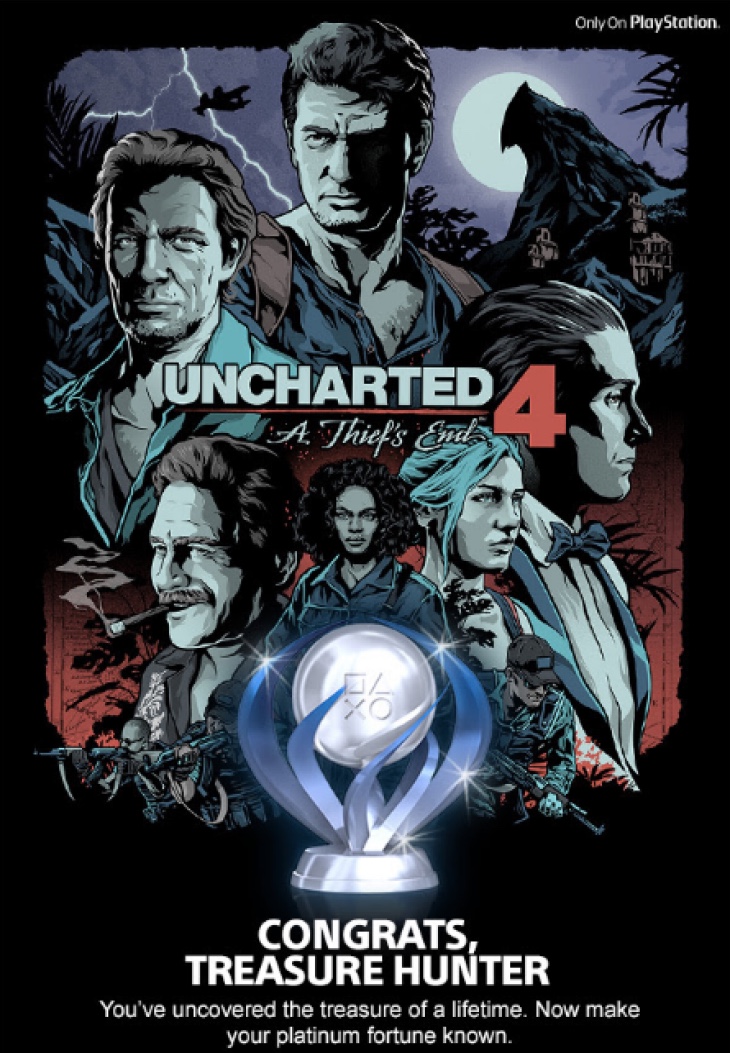 You can see it in all its glory above, along with the accompanying text which advises those who have the Platinum Trophy to gloat about it wherever possible.

The problem is though, not everyone seems to have received the same email. We know that some users in North America have received it, but others in different regions such as Asia for example have not.

The poster itself is very cool, almost GTA-style in a way so it would be nice if everyone was to get it.

Have you received the email from Naughty Dog or Sony with this Platinum Trophy poster? Leave us a comment below.