We have a treat for Uncharted lovers out there. Sony and Naughty Dog have just shared the Uncharted 4 Extended E3 2015 gameplay demo online – i.e, the extra footage you didn’t see at Sony’s press conference.

We’ve just enjoyed the whole thing and we’re starting to think that this may end up as the most graphically impressive title that the PS4 has in its library.

GTA V and The Witcher 3 both look amazing on PS4, but watch the Sam Pursuit Uncharted 4 trailer and tell us a game that currently looks better than this – we don’t think there is one.

Square-Enix may have something to say about that when Final Fantasy 15 and indeed the Final Fantasy 7 Remake are out, but for now we think the crown is ready and waiting for Naughty Dog once Uncharted 4 launches next year. 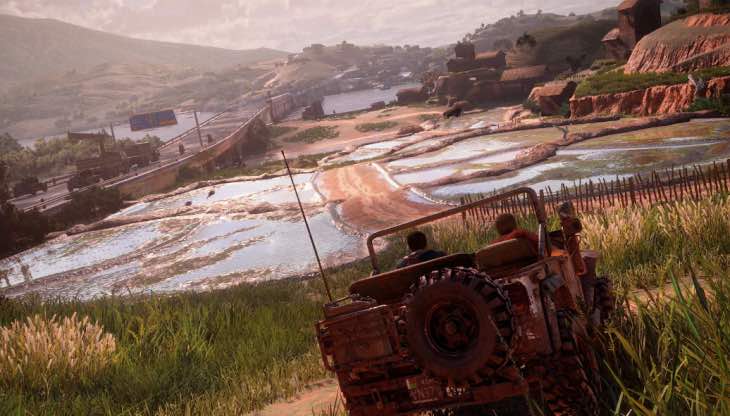 We know that a lot of you are disappointed that Uncharted 4 isn’t going to be out this year, but we think that by watching the video below in its entirety, you’ll understand that Naughty Dog should be given as much time as possible to make what is obviously going to be one of the best PS4 games we’ve ever seen.

Don’t forget that you should still be able to get a taste of Uncharted 4 in 2015, by playing the Uncharted 4 multiplayer beta. This is going to be included with the Nathan Drake Collection which lands on October 9 in North America – we’re assuming that the beta will be playable on the same date until Naughty Dog states otherwise.

Do you agree that with Uncharted 4 we are looking at the best game graphically to come out on the PS4 so far? Let us know your thoughts on this whether you agree and list alternatives if you think there’s a better looking game out there.