While most of you will have enjoyed the amazing Uncharted 4 demo shown at Sony’s E3 2015 press conference, it looks like Naughty Dog saved the best part to those that were actually attending the event.

If you haven’t heard, Naughty Dog showed off an Uncharted 4 extended E3 demo behind closed doors to select viewers – including a certain Kanye West who was in attendance at E3 this year.

This extended gameplay showed extra sequences from the epic car chase that everyone else saw, with the scene ending after Nathan managed to grab hold of the truck with a crane arm. 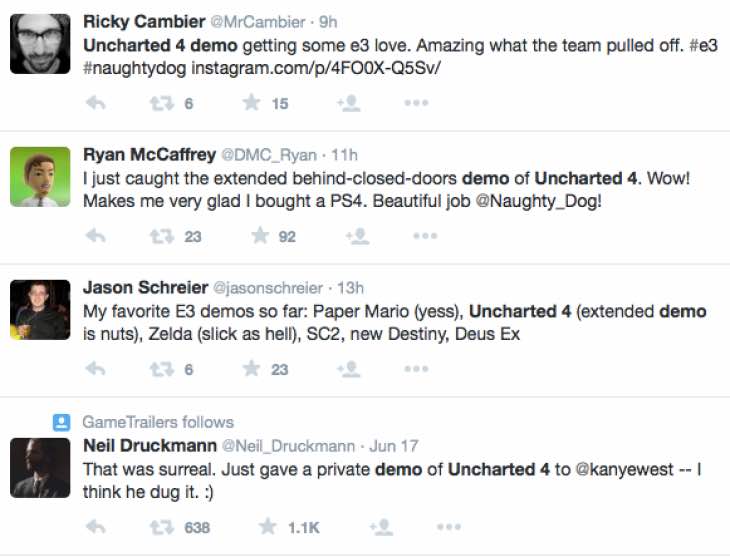 Well the extended footage continued on from this, showing Nathan being dragged through the mud whilst trying to avoid gunfire from his pursuers – the whole thing has been labelled jaw-dropping from all those that saw it.

Hopefully Naughty Dog are planning to release this extra footage sooner rather than later, as we think we speak on behalf of most Uncharted fans in saying that it’s a little harsh that we don’t get to witness the full sequence.

If Kanye’s impressed with it though, it must be good right? Let us know what you thought of the initial Uncharted 3 E3 2015 gameplay and if you agree that the extended footage should be released.