Naughty Dog are keeping Uncharted 4 players happy with a steady stream of post-release updates which seem to be arriving within a pattern of once a week. We now look ahead to the next Uncharted 4 update which should be version 1.20 on PS4 and hopefully a much feature-rich one in terms of new content for players to enjoy.

Uncharted 4 version history: The current version of the game is now v1.19 which Naughty Dog issued on December 16, 2016. In this update they issued more bug fixes and balanced many of the weapons in Survival mode. 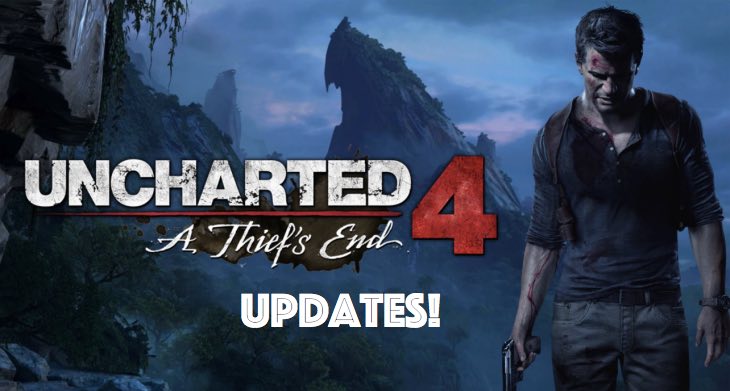 Judging by social media feedback, many players are surprised by the stability of multiplayer mode with some complaints coming in that Uncharted 4 crashes a lot and are still looking for fixes on this.

Players are also getting kicked out of Uncharted 4 multiplayer often, so we’re guessing that Naughty Dog are working hard to improve things further.

New Uncharted 4 changes for update 1.20: We knew that the single-player campaign would be the main focus as it always is, but are you happy with the quality of multiplayer right now?

Tell us what you want to see fixed for the next Uncharted 4 update and check back with this page regularly as we’ll update it with the Uncharted 4 1.20 patch notes once they are live – this could happen on a Friday if they are keeping to the same pattern that we have seen in previous weeks.

Leave a comment if Naughty Dog actually skip to Uncharted 4 version 1.21 as they been known to jump ahead on builds on occasion!