For those that have already pre-ordered Uncharted 4 either physically or digitally, we have an important heads-up to you now that you will need to set aside 5GB for the confirmed Uncharted 4 Day One patch.

A lot of gamers have already been asking is there is a Day One patch for Uncharted 4 and now we have confirmation of it.

Thanks to AllGamesDelta, here are the Uncharted 4 1.01 update notes which will appear in-game under version history: 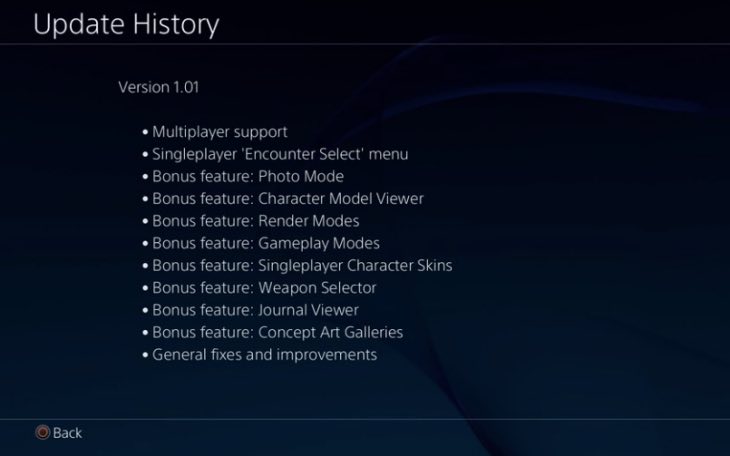 The patch doesn’t go into too much detail, but Naughty Dog has used the patch to add plenty of ‘bonus content’ to the game. These include things such as character model viewer, render modes,journal viewer and concept art galleries.

We still have just under two weeks to go before the official launch, so hopefully Uncharted 4 will go further into details on what the 1.01 does exactly.

Do you have an early copy of Uncharted 4 yet and have already received this day one update – are you a bit shocked that it is 5GB in size?