It was only a couple of weeks ago that we brought you the very first gameplay video for the much-anticipated Uncharted 3: Drake’s Deception game, and asked our readers if they were impressed. If they weren’t that impressed with the first video, we now have another 2 to view.

According to Mike Schramm over at joystiq.com, Sony Computer Entertainment has just released two new gameplay videos for the Uncharted 3: Drake’s Deception game, although they do reportedly comprise a lot of what fans may have already seen at the recent press event. 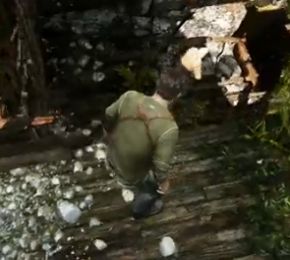 Drake and Sully are seen in an overgrown French chateau in the new videos. As they are trying to find a way out, a group of thugs arrive and set fire to the place. The videos also show off a few of Drake’s new combat moves, including the ability to kick one enemy while being grappled by a second.

I have to admit, although I’ve not really played the Uncharted games much, this gameplay footage definitely looks impressive to me. You can view the two new videos here. If you want to learn a bit more about the game in general, then you can always visit the naughtydog.com website.

The official website not only provides fans with more information about the Uncharted 3: Drake’s Deception game, but also features behind the scenes videos. What do you think of all the gameplay videos that have been released? Will you be buying the Uncharted 3 game?