If you’re one of the many Uncharted fans waiting for the release of the next installment Uncharted 3: Drake’s Deception, you would have been delighted to hear the news about the free beta keys that were being given away. The beta gives players a chance to experience the multiplayer side of the game before it releases next month. Today we found out that Sony will be making a Season Pass available for access to the DLC of the game.

The Uncharted Season Pass will be much like the EA Season Ticket, where one purchase will allow access to multiple DLC, except this version is called ‘membership’ to the Fortune Hunter’s Club. It can be purchased from certain retailers and the PlayStation Store now and according to the PlayStation Blog it will entitle members to three multiplayer skin packs and the first four multiplayer map packs.

Each DLC pack has its own release date, the first being of which will become available in November and each has its own price. Buying the DLC separately would normally cost $45 in total, however with the pre-ordered Fortune Hunter’s Club membership it will only cost $24.99, that’s a saving of 45% making it well worth it if gamers intend on collecting all the DLC available for the game.

If you think you will be getting all of the DLC and are interested in purchasing the Season Pass then signing up for it now will entitle members to a free Fortune Hunter’s PS3 theme and an XMB notification every time new content is released. The game is due out November 2nd in the UK and the day before in the US. What do you think of the Fortune Hunter’s Club membership? Do you think you will be getting all the available DLC for Uncharted 3? 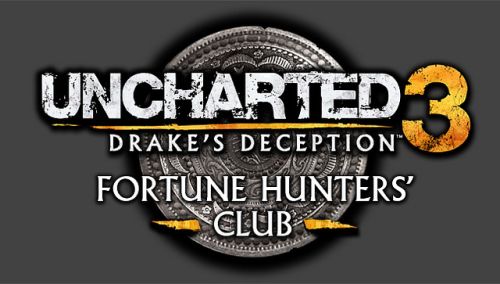