Yesterday we gave you the exciting confirmation that a third Uncharted game is on the way for the PlayStation 3, but now we have even better news, the game will also be supporting ‘high resolution’ stereoscopic 3D visuals.

Developers Naughty Dog confirmed the 3D feature when speaking on the US PlayStation Blog, and it’s particularly interesting that he chose to include the words ‘high resolution’ 3D, rather than just plain old 3D. Does this mean that the developers are putting in a real effort on 3D visuals for the game, as it has now become apparent that the quality of 3D in the game is down to the developer, not the PS3 hardware.

A classic example of this is Call of Duty: Black Ops. I can personally say that the 3D inclusion isn’t anything special, and even the 3D MotorStorm demo on the PS Store beats it hands-down. Perhaps, the final 3D result in Black Ops is the reason why Treyarch didn’t make too much of a fuss over the inclusion of 3D, as they probably knew they hadn’t spent as much time as they had liked, to make it a better experience for gamers. 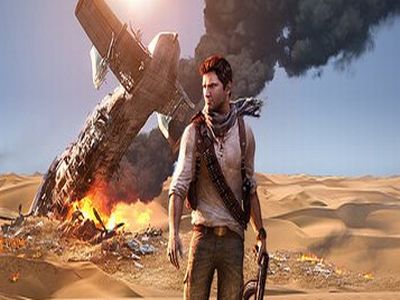 Step forward Uncharted 3 then. What are your expectations of the game? Are you hoping that 3D really becomes one of the main features of the game, just like Guerilla Games is touting for Killzone 3? Early adopters of 3D TV Sets may feel slightly disappointed that their expensive investment hasn’t really paid dividends in terms of good 3D quality on PS3 games, but Uncharted 3: Drake’s Deception has the power to change that.

We can’t wait to see this ‘high resolution’ 3D in action – can you?