We have some important news for those of you planning to pick up Ultimate Marvel Vs Capcom 3, as in perhaps a surprising turn of events, Capcom has decided to give a full schedule including release date and prices for their upcoming alternative costume packs for the game.

Usually we would find out one or two weeks before each relevant DLC pack is out, but Capcom has decided against this strategy this time in favor of giving gamers a full lowdown. Thanks to a list provided over at Eurogamer, via the Capcom Unity Blog, we have now been given full details on what packs will be coming out, and how much they will cost gamers.

Each DLC pack will cost gamers around $4 for the PS3 version, or 320 Microsoft Points and we can tell you that there will as many as ten DLC packs releasing for game after release. You have the option of buying each one separately, or all together in one bundle pack for $20 or 1600 Microsoft Points which will save you a bit of money. Each pack contains new skins for four new characters and there’s a total of 48 character skins to choose from.

There’s some bizarre costumes on the list it has to be said, and some very cool ones too, like Scarlet Spidey, Street Fighter 1 Ryu and Cyber Akuma. You can check out images of all the new costumes over at GameSpot here, but the list of 40 costumes (not including the 8 featured in the Costume Pack) can be seen below, along with their respective release dates.

Which costumes will you be buying for UMVC3? What do you think of Capcom’s new stance on revealing this information early? Do you think it is linked to the criticism over DLC pricing for previous games? 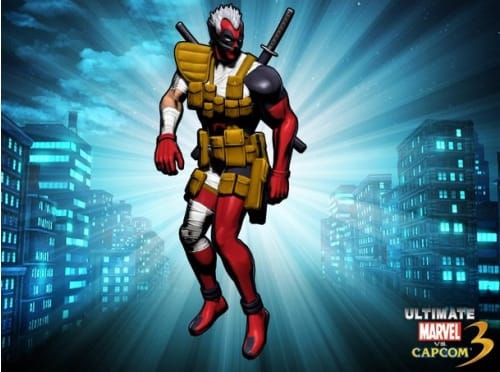