A few days ago I brought you news about the special editions and pre-order bonuses for the much-anticipated Mortal Kombat 9 game. We now have more news regarding MK, only this time it’s about the recently-released Ultimate Mortal Kombat 3 app for Apple iOS devices.

According to a recent article over at redmondpie.com by Taimur Asad, the Ultimate Mortal Kombat 3 app appears to have arrived before its scheduled released date, not that anyone is complaining. The iPhone and iPod Touch version includes classic MK characters such as Scorpion and Sonya Blade. 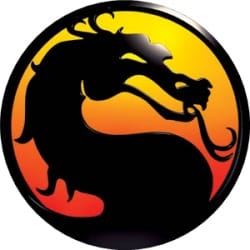 You have the option of playing the game on your own via the single-player mode, or trying it out with your mates using the multiplayer mode and a Bluetooth or Wi-Fi connection. The game features updated visuals, which are aimed at making the most of the Retina display.

The Ultimate Mortal Kombat 3 app is available to download from itunes.apple.com, for a price of $6.99. The game is compatible with iPhone, iPod Touch and iPad, but does require Apple iOS 3.0 or later. Will you be downloading the Mortal Kombat app?