While the likes of the UK, Canada and Australia still wait to see when Apple Pay will go live in their countries, Apple flaunts a support increase by adding 39 further institutions. This now means there are more than 180 institutions since the service was first launched back in October 2014.

This proves that Apple Pay is proving a success, yet its worldwide launch seems to be ever elusive. What we do find strange is that the increase in support of 39 is the same increase seen back in mid-March. 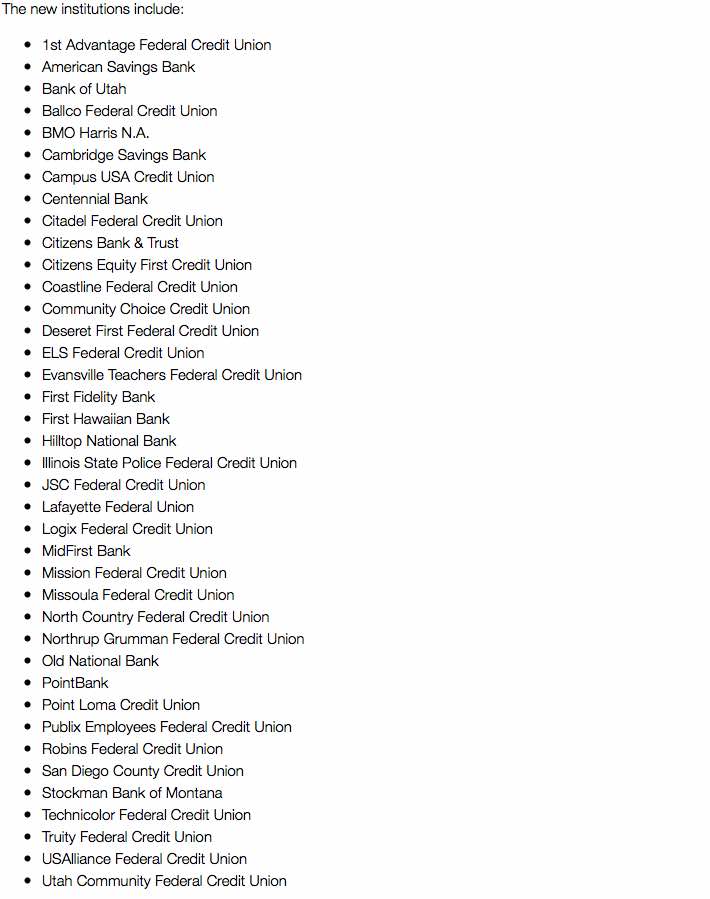 Looking at the list above you will see they are a mix of credit unions and conventional banks, and so you might wish to see if yours is there. If it is, then all we can say is you will be very happy with what Apple Pay offers — just wish consumers in the UK and other such countries were able to get the payment service.

No doubt this increase in support is timed for the release of the Apple Watch on April 24, as mobile payments will be one of the big features of the wearable device.

It will be nice to see an increase in the number of independent businesses receive Apple Pay support, although we are certain that Apple is already working on that, more so now that its Watch will be with us very shortly.