The UK spec version of the 2015 Ford Mustang will have to come with a few changes over its USA equivalent, although Ford has yet to make those differences available. However, we do know that the Detroit based company is to look at ways to improve the low-speed riding comfort seeing as though the roads are very different in the UK, as well as other European countries compared to the USA.

It is very important for Ford to get the low-speed riding comfort of its Mustang right for countries not on home soil, as it is not all about performance and high-speed handling. Comfort is almost always at the top of the list when not using a performance car hard, something that Jaguar were able to achieve with its F-Type. 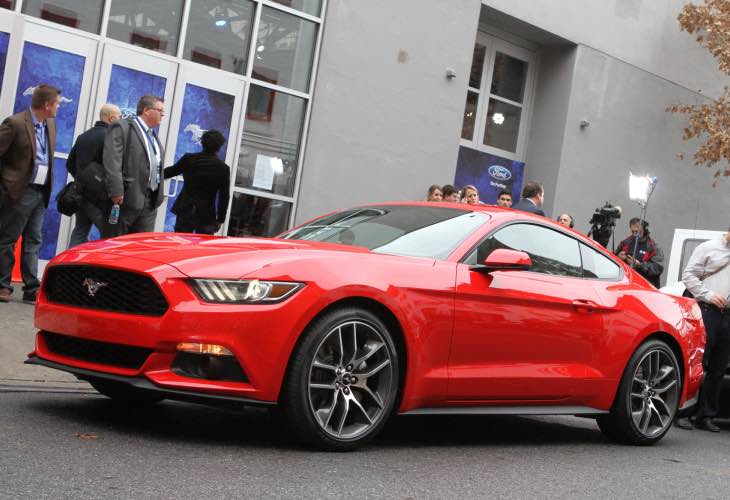 Ford is weary though, as they understand playing with the damping to improve low-speed ride comfort they risk spoiling the overall handling of the 2015 Mustang. However, they understand that improvements need to be made in the area, and no doubt will rely on the years of experience within the UK industry.

That is not the only changes though, as the Euro-spec Mustang will lack in overall power compared to its American cousin. There will be just the two engine options, and those are the 2.3-liter EcoBoost, and the 5 liter V8, both of which will lose in terms of horsepower compared to the USA versions. However, the drop in horses is hardly anything, and therefore you will not even notice it.

The sixth-generation Ford Mustang is expected to go on sale in the UK next June, and in that time we should learn more details as to what other changes had to be made in order for it to work right for a different market. If you thought that was a long wait, spare a thought for people in India, as the all-new Mustang will not be released in India until sometime in 2016.