The Apple iPhone still remains highly desirable for many consumers looking for a smartphone. But a recent survey in the UK has shown that more smartphone owners opt for Android instead of the iPhone.

Some of this trend is down to the amount of choice the Android platform has, and could mean Apple’s dominance in the smartphone market coming to an end, according to an article on The Tech Herald by Steven Mostyn.

An online survey by Intelligent Environments amongst 2,000 people, found that 28% of owners in the UK had an Android device, compared to 26% who had an iPhone. Of the people surveyed those aged between 25 and 34, 36% had opted to have an Android handset.

With people who had retired 25 percent preferred Android, but this could easily be down to price with cheaper options being available for Android. There were also fourteen percent who had a BlackBerry as their preferred choice. 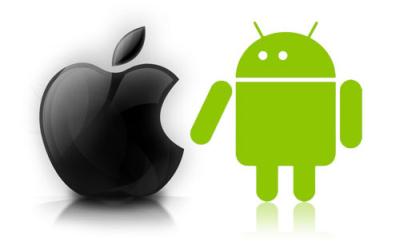 Considering the Android platform has a lot more choice the iPhone is still doing pretty well, and things could even swing back towards the iPhone once the next version is released sometime this year. But at the end of the day it is much better for us consumers to have more choice, and since the iPhone was first introduced back in 2007 that’s what we now have.