The rise in consumer electronics products being manufactured with 3D support, would suggest that the technology is extremely popular amongst customers who buy these new devices. The truth seems to be quite the opposite however as a recent survey has revealed that many consumers in the UK think 3D technology is just a gimmick.

The survey was carried out by YouGov earlier this week and gained their results from almost 3000 interviews. Out of those interviewed subjects they found that 41% think 3D is just a gimmick. The survey also revealed that the many of the subjects were reluctant to have an opinion on the matter, as Reg Hardware explains the British public is happy to sit on the fence when it comes to making a decision.

Most of the survey’s findings were split right down the middle, suggesting that the subjects were either uninterested in 3D or just unimpressed and not swayed either way. A large percentage of the subjects revealed they would prefer if the technology did not require 3D glasses, but at 51% again it is hardly conclusive. 40% stated they did not care either way.

Those that were actually in favor of the technology only accounted for a minority percentage according to the YouGov survey, with 19% saying it gives movies a boost and 22% saying how their cinema-going experience is actually improved with the technology. Another large percentage of the subjects, 47%, thought that 3D makes the movies worse or did nothing for them. Despite this and despite the extra cost, 47% said that given the choice they would choose 3D over 2D. Check out the link above for more results from the survey.

What do you think of these relatively inconclusive findings? Are you impressed by 3D technology? 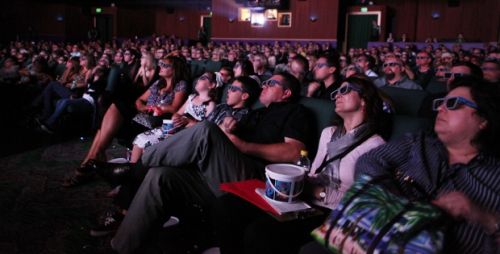