Most of the UK have been looking for details on Flood warnings today and are keeping an eye on flood alerts thanks to the need for travel on December 24th or Christmas day.

If you live in the United Kingdom, then you will be well aware of the high winds experienced right now and some of you might not be sleeping too well thanks to storm conditions.

We wanted to feature a number of options for UK flood warnings today by app and a Facebook map, which cover all of the UK including the London area. 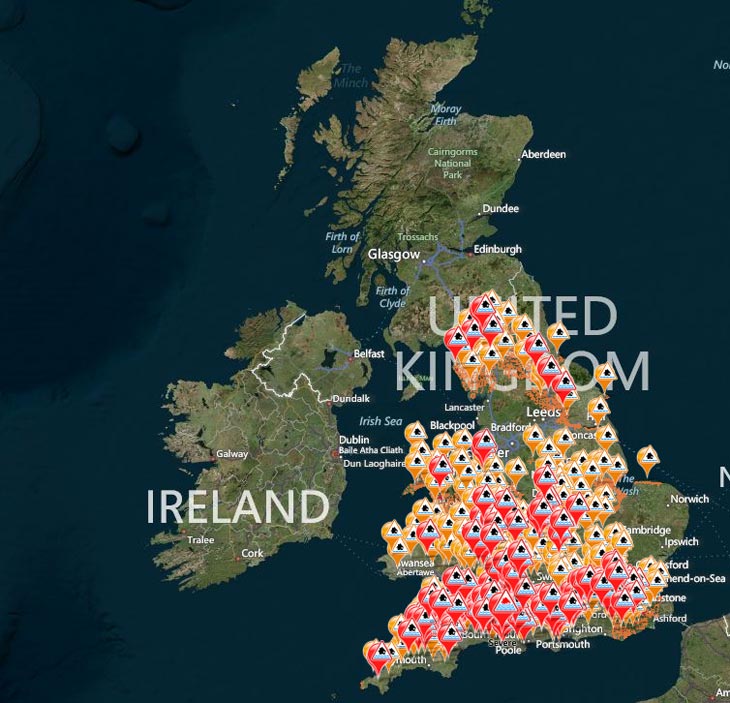 While you can run a quick Google search to find weather reports quickly, including a UK weather forecast directly on Google, two options we wanted to highlight were an iPhone app and a useful interactive map found on Facebook.

The screenshot above was taken from this page on Facebook, which features an interactive UK flood warnings map that allows you to click certain points for further details on each flood warning. You can also zoom in and out of the map to see more local flood warnings, and as you can see most of the UK has flood warnings.

If you own an iPad or iPhone, then one cool app we found is called Floor Alert. This iOS app was created by Halcrow Group Ltd and received a lot of praise in 2012, although there hasn’t been an update in 2013 but we are to believe the app still works, so feel to give it a try and let us know in the comments.

How has the UK weather been for you? Have any of the UK flood warnings caused problems for you today?