Fighters Uncaged is a new game developed by Ubisoft exclusively for the Xbox 360’s Kinect, now they are being sued by MMA powerhouses UFC. Now you might be wondering why they would have anything to do with a computer game company. Lets have a look at why.

According to Wesley Yin-Poole over at Eurogamer UFC are suing them for a the term “the Ultimate Fighting Weapon” this all sounds a bit crazy but when you start to look a little deeper you start to understand why they want the game and all copies removed.

There is a parent company of Ultimate Fighting Championship (UFC) called Zuffa, the parent company has a partnership with THQ and what do THQ make? That’s right, they make the UFC branded games because they have the licensing to do so. Perhaps THQ are trying to keep the market dominance for this genre. 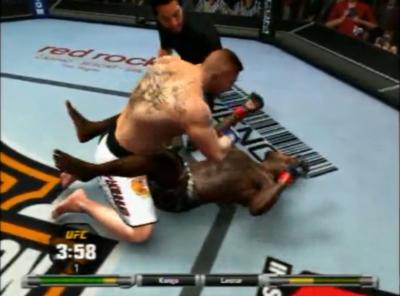 Zuffa are angling towards Fighter’s Uncaged breaking it’s good reputation by it’s style of game, Fighters Uncaged is mainly about fighting in the streets which is not the image that the UFC want to be brandished with. If you want to learn more about Fighters Uncaged then you can head over to their homepage here. 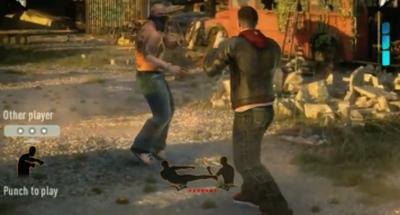 When we read the article on Eurogamer, we noticed an interesting comment on there that has some substance with UFC’s recent rise in popularity, the comment was made by Shikasama and they said the following…

They have a point, it is obvious what they are trying to do with the way the words are presented on the back of the box.
Also, it is important that they aren’t associated with this type of game. It was a long hard fight to get sanctioned in most US states and New York is still proving ignorantly stubborn. Any association like this can potentially cost the UFC millions. When you are fighting a misguided perception, you shouldn’t just sit back and let any company that fancies abusing your trademark to ruin that work.

At the bottom of this article we have included a couple of videos, they are the launch trailers for Fighters Uncaged and UFC Undisputed 2010. We will keep you updated with any further proceedings but please let your thoughts on this be known in the comments below.