After the shock announcement of Brock Lesnar’s return to UFC at UFC 200, the entire MMA social media universe is going crazy right now after finding out that Brock Lesnar’s opponent at UFC 200 is Mark Hunt.

July 9 is the date when UFC 200 takes place and we have a reminder for everyone in the UK that you can watch it live via BT Sport and the extremely impressive BT Sport app.

Lesnar Vs Hunt at UFC 200 is now going to be an unmissable event and it’s interesting that Lesnar announced the news himself, after widespread reports that Shane Carwin may have been a possible opponent. 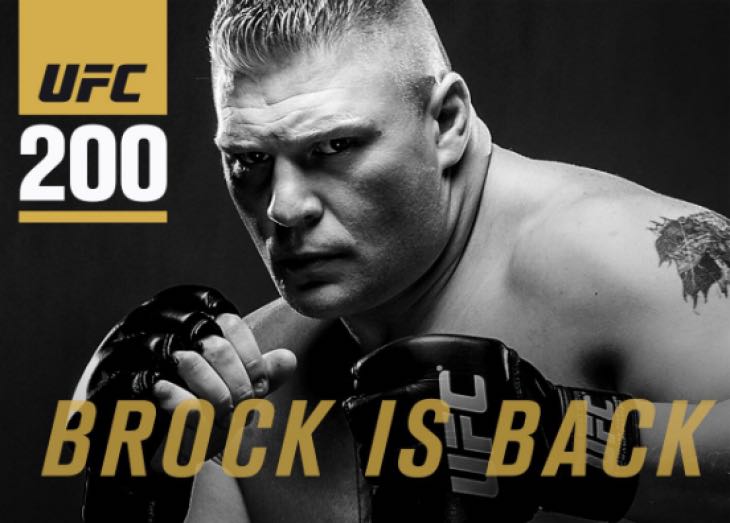 While BT may be making enemies daily with regards to their increasing broadband prices, we think nobody will complain about the quality of their live streams when delivered either through the browser or on mobile with the app.

Now you can see Brock Lesnar’s return at UFC 200 and it now means that the main event for you personally may not be Jones Vs Cormier, as everyone definitely wants to see the beast back in the Octagon.

What are your thoughts on Brock coming back to UFC, then going back to the WWE for Summerslam 2016? Leave a comment if you are happy with BT Sport’s coverage of UFC and if you agree that the app is the best thing about your subscription.