Ubuntu 11.04 is now available for download, but the jury is still out on what users think of the Natty Unity interface. Here we will look at the pros and cons for the new desktop interface. During its development Unity often disappoints, so it will certainly be interesting to see what Ubuntu Linux did with the final release version?

What we are worried about is MyBroadBand News has pointed out more dislikes than likes with the new software. The unified global menu seems to be a hit, as well as how the shortcut keys are used. This version of Ubuntu Unity seems to rely much more on these shortcut keys, as it makes life much easier.

The only other positive is how you can search for files and folders from the dash; again this has been developed to make things easier. Now on to dislikes, and these are extensive; the launcher seems to be a huge turn off. The reason for this is because of its erratic behavior, not knowing if it wants to open fast or slow. 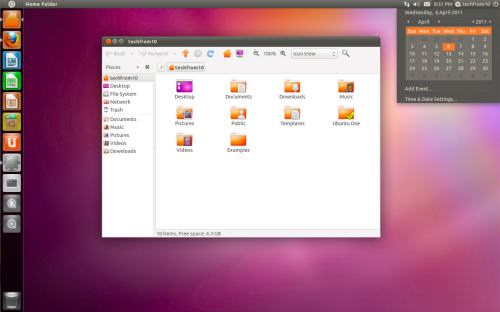 Three clicks to open an application is also another downside, people do not want to spend ages each time they wish to open file or applications. There are suggestions that Unity has that unfinished feel, which you would not expect from Ubuntu Linux. We just hope that version 11.04 is just a stop gap, and that an update to the interface will not be long down the line?

What are your thoughts on the Ubuntu 11.04 Unity Interface?