The uBlock Origin Chrome extension is an alternative to the version that was taken down by Google in April, 2015. The other version of this Chrome extension was called uBlockâ‚€, although you will find the official Chrome Web Store listing the new version for download today.

This Google Chrome extension has a low CPU footprint and memory usage, although uBlock Origin has the power to action thousands of filters and the CPU efficiency can be seen in a screenshot below this article. While most users might just want an “Ad Blocker”, this extension is much more thanks to being able to use hosts files to create filters. 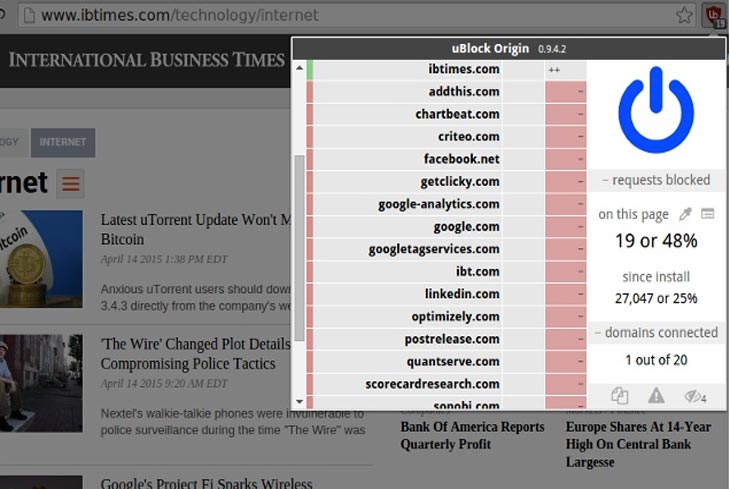 From the moment you use uBlock Origin, filters like Malware domains, EasyPrivacy, Peter Lowe’s Ad server list, and EasyList are loaded. You can enable other lists as well, like Spam404, MVPS HOSTS, and Dan Pollock’s hosts file.

It’s not entirely clear why the previous version was taken down by Google, so feel free to try uBlock Origin 0.9.4.4 today on the extension’s store page. If you do see this version removed, then leave a comment below.

What’s your favorite Ad Blocker and have you installed uBlock Origin with Chrome? It’s also good to remember that uBlock Origin is in an early version right now.