If you are waiting for a sale on Ubisoft games for PS4 and Xbox One, you have come to the right place as Ubisoft are usually very keen on hosting sales throughout the year.

Games such as Rainbow Six Siege are still extremely popular at the moment and it is often on sale for both PS4 and Xbox One so you just need to keep your eyes out.

Other Ubisoft games that often feature in the Publisher Sale include the entire Assassin’s Creed franchise, The Division, Far Cry, The Crew and also South Park The Fractured But Whole. 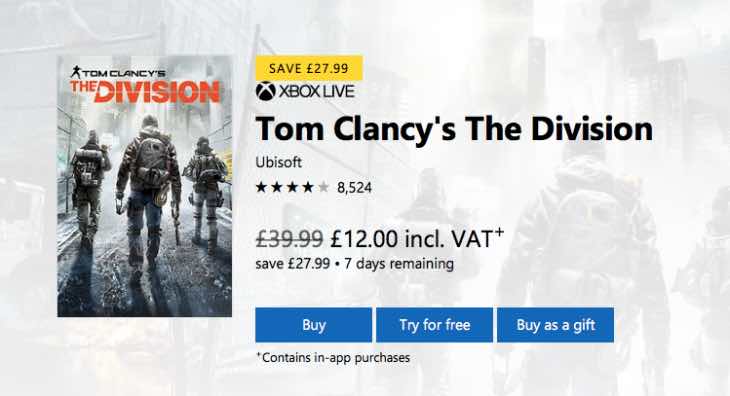 We’ll be updating this article whenever we spot a new Ubisoft sale starting on PS4 and Xbox One in [dateM] [dateY] so just bookmark this page and keep checking back.

Ubisoft Sale on Xbox One Live for February 2018 now live and discounts include:

These deals will be valid until February 13 and we’ll list the PS4 deals once they are available.