Here is some exciting news for all the Wii, Kinect, music and dance fans alike, as today Ubisoft announced their latest dance game The Black Eyed Peas Experience. Those of you that are looking for a fun way to workout will also appreciate this game as it’s bound to get you waving your legs and arms around BEP style.

The company is also responsible for the poplar title on across the motion sensitive platforms The Michael Jackson Experience. We previously brought you news of the late King of Pop’s game when it first released back in November. We explained how it had received some pretty bad reviews before it even released yet still sold really well when it finally launched. Over 2 million copies were reportedly sold in the first few months.

You may also be familiar with or indeed own a copy of the equally popular dance games from them, Just Dance and Just Dance 2. It seems games like these are getting people who wouldn’t normally be into video games interested as they bring a different, physical dynamic to gaming and also provide a fun easy way of keeping active.

Just Dance 2 even received a DLC package which featured extra songs in addition to the already quality list of tracks. The game that seems to be topping the UK charts for the time being, beating the likes of LA Noire and F.E.A.R 3, is the another popular fitness game, this time from the company 505 Games, Zumba Fitness. It first topped the charts back in April and today was reported to have climbed back to the top.

Today’s announcement of the BEP game is not very detailed though Ubisoft did state that it would release on the Wii and the Kinect soon meaning the PS Move. Obviously the Kinect version will be more complicated requiring movement from the whole body while the Wii version is likely to be simpler. As with The Michael Jackson Experience players will dance along to various hits from the band in order to earn points, the more accurate the moves are the higher you score.

Check out the article at CVG where you will find video footage of the gameplay. Will you be getting this dance game? What do you think of dance and fitness games like these in general? 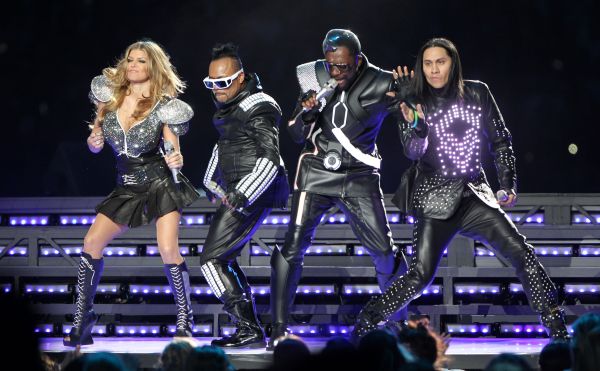