Now that we know the multiplayer part of Grand Theft Auto V will be bringing tournaments in the near future, it has been interesting to see different types of events gamers have been suggesting. If you haven’t heard the rumors and leaks surrounding GTA V online tournaments that might feature with the 1.11 update, then take a look at the couple of videos we embedded below this article.

The first video below highlighted the news just over a week ago, although a second surfaced yesterday featuring some text found in code helping to confirm the upcoming tournaments and the video creator thinks this content will arrive with a so-called “GTA V 1.11 DLC update”. You can see that text in the screenshot below, or take a look at the second video on this page. 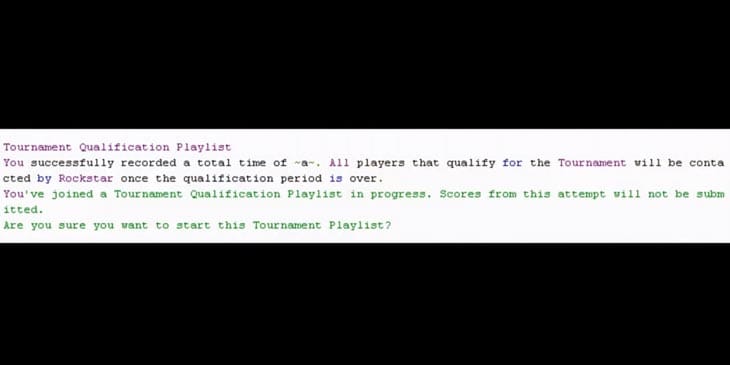 Types of GTA V online tournaments – The leaks haven’t made it clear what types of tournaments will feature and most gamers want a lot more than just racing, or bashing tanks. Some of the suggestions we’ve seen for online tournaments include an ultimate knife fight, jet fights, biggest in game jumpsï»¿, massive fist fightsï»¿, Security vs. Hitmen, and golf tournaments.

One Product Reviews reader suggested this idea, “I want a massive fist fight with around 40 people”. Another said, “We really need lots of sports tournaments, this would really bring a different angle to GTA Online”.

What type of tournaments do you want to see in GTA Online? Do you have an interesting idea that would make the multiplayer more competitive?

The online part of GTA V could become a lot more fun with these types of tournaments, so we really hope it’s introduced with the GTA V 1.11 update expected shortly. Whether that happens so soon is another thing, and we know there’s demand for GTA V DLC with military, police and of course Heists but it looks like a business update will be first.