If you live in the UK and were hoping to get your hands on a copy of the Two Worlds II game at the end of this month, then I’m afraid we have a bit of disappointing news for you. TopWare Interactive has just announced that the game’s UK release date has been delayed.

As Matthew Reynolds over at digitalspy.co.uk reports, the publisher spoke to Eurogamer recently and announced that the upcoming role-playing adventure title will now be arriving on February 4th. Other gamers in Europe have been able to play Two Worlds II since it launched in November 2010. 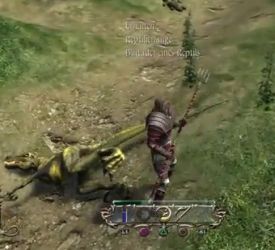 According to the eurogamer.net report by Robert Purchese, the last UK/US release date that was given was January 25th, so it looks like the game hasn’t been delayed too much. The original UK delay was due to the then publisher SouthPeak, who wanted to avoid a busy autumn launch period.

However, SouthPeak has been cut out of the picture since then and TopWare Interactive has now taken over and will be handling the UK launch. Have you watched a trailer for the Two Worlds II game yet? If not you can find one over on the eurogamer.net website here.