UK gamers appear to have been delivered another blow in regards to the upcoming Two Worlds II game today, when it was announced that the game’s release date had suffered yet another delay. As we previously mentioned here, UK gamers were originally expecting the game at the end of January.

The next UK launch date that was given was February 4th, but this was changed again yesterday to February 18th. However, according to a recent article by Matthew Reynolds over at digitalspy.co.uk, TopWare Interactive has now revealed that the game won’t be arriving now until February 25th.

The publisher’s managing director James Seaman spoke to Eurogamer about the delay, and said that the shipment — which contained the Two Worlds II Collector’s Edition and other components — that was heading to the UK from China had unfortunately been wrecked. 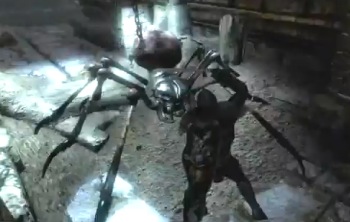 He then went on to explain that the company is currently printing some off in Europe, while the boxes are being air freighted from China. As Robert Purchese from eurogamer.net recently reported, the Two Worlds II game was originally meant to be an autumn 2010 release title.

What do you think of all the release date delays this game has suffered?