We have a bit of good news now for all you UK gamers out there who have been waiting for the much-awaited release of the Two Worlds 2 game, as a final release date has now been confirmed. It looks like you won’t have to wait too much longer either, as the game will be arriving on March 1st.

As Matthew Reynolds over on the digitalspy.co.uk website recently reported, the Two Worlds 2 game was originally delayed from last year, to avoid the busy autumn release period. The game then suffered yet more delays, when a shipment from China was unfortunately destroyed.

However, there does appear to be a catch to the UK release. According to Ben Parfitt over at mcvuk.com, the Two Worlds II game will only be available to purchase from online retailer Amazon. The RPG was originally listed in GAME’s upcoming release schedule, but has since been removed. 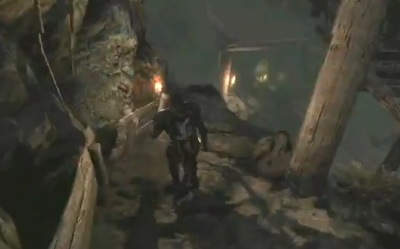 TopWare Interactive spoke to Eurogamer recently, and said that they had decided to forego a retail release and launch the Two Worlds 2 game exclusively on Amazon. The online retailer will have all versions of the game in stock, including the Royal Edition.

The Two Worlds 2 game will be available for the PlayStation 3, Xbox 360 and PC.