HTC seem to be bringing out a new handset every week, the Sensation has only recently been announced, and now today two new HTC handsets have been leaked. One of them looks like the Evo 3D so could there be a version heading to the UK?

Thomas Newton of recombu.com is reporting that the first handset, which is supposed to be called the HTC Rider, looks similar to the Desire HD and the US Evo 3D. There has been talk that this could be a GSM version of the Evo 3D, and the handset does look like the Evo from the front with the same buttons and front facing camera.

HTC could well want to one day release a European version of the Evo 3D, as currently LG is dominating that market. Another leaked image is called the HTC Kingdom, and also looks very similar to other HTC handsets. The buttons on the front are in the same position with the same camera lens on the front. 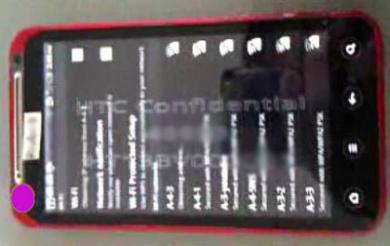 One supposed spec for the Kingdom is the qHD resolution which is the same as the HTC Sensation. HTC have declined to comment on the images. The company seems to building on its recent success, and looking to add to its already impressive lineup of smartphones.

Use the link above to see the all of the images of the handsets.