When we first saw the headline “Twitter Suspends Apps”, we were curious to know why — although we already had a good idea. According to reports three third-part apps were in breach of privacy rule violation, but it was how quick and decisive it all was. However, making money from tweets was always going to be an issue with the micro-blogging service.

The three guilty apps in question are Twidroyd, UberCurrent and UberTwitter, and the Guardian has learned more from UberMedia on this issue. This is said to not only be a huge blow for these three companies, but for those who use their apps. So how will this affect the three apps mentiond above, and what now for some of the others available on iTunes?

The Guardian has been looking more deeply into this, and the issue is not just about how these apps make money, but also there is said to be a trademark infringement. The worst one that we can see from a users perspective is how these smartphone apps change “the content of users’ Tweets”, which is reportedly how they make their money. 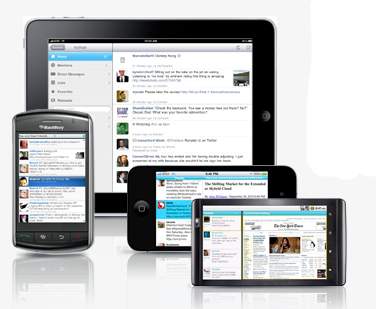 TechCrunch felt that this needed more explanation, so decided to contact Twitter’s spokesperson, Carolyn Penner. To cut a long story short, they just hate the idea of these third-party apps not following the rules and guidelines that have been setup to not only protect the users but also the image of the Micro-blog as well.

We have to stress that we do not have an opinion on this issue; we are just merely reporting the news. However, we are certain that you do, so what do you think about this issue?