If you own a BlackBerry and use Twitter we have news of an update for you via a beta download. The beta update includes features which some users have been requesting to have.

RIM has released the update and it is available through BlackBerry Beta Zone.Twitter for BlackBerry v 1.1 new features include geotagging; this allows BlackBerry users to reveal their location with their tweets.

You will also find new languages added which are Polish and Czech. There is now deeper integration with Social Feeds, which allows users to perform Twitter actions right from Social Feeds without starting the app.

Other new features include @mention Push Notifications, retweet updates, and more. Gesture support will allow BlackBerry users to refresh a page by simply dragging a finger down the screen and releasing it. Direct messages are now grouped in the style of BBM conversations, with related messages grouped together for a less cluttered look. 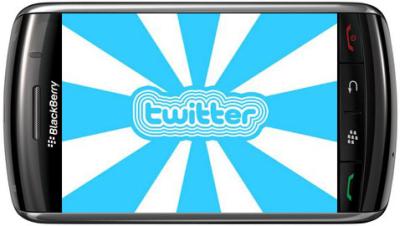 With topic auto complete, when a user includes a hash tag in their tweet they are met with a list of key words, these are presented based on previously used #topics. Use the link above to download the new update yourself.