Twitch streamer Ninja is in the headlines again, this time about this preference on which gender he prefers to live stream his sessions of Fortnite with.

Or in this case, doesn’t prefer to stream with as he has openly said that it is his personal choice that he will not live stream on Twitch with women.

His reasons are to protect against online harassment against women, as he explained in a lengthy statement posted to his Twitter account recently. 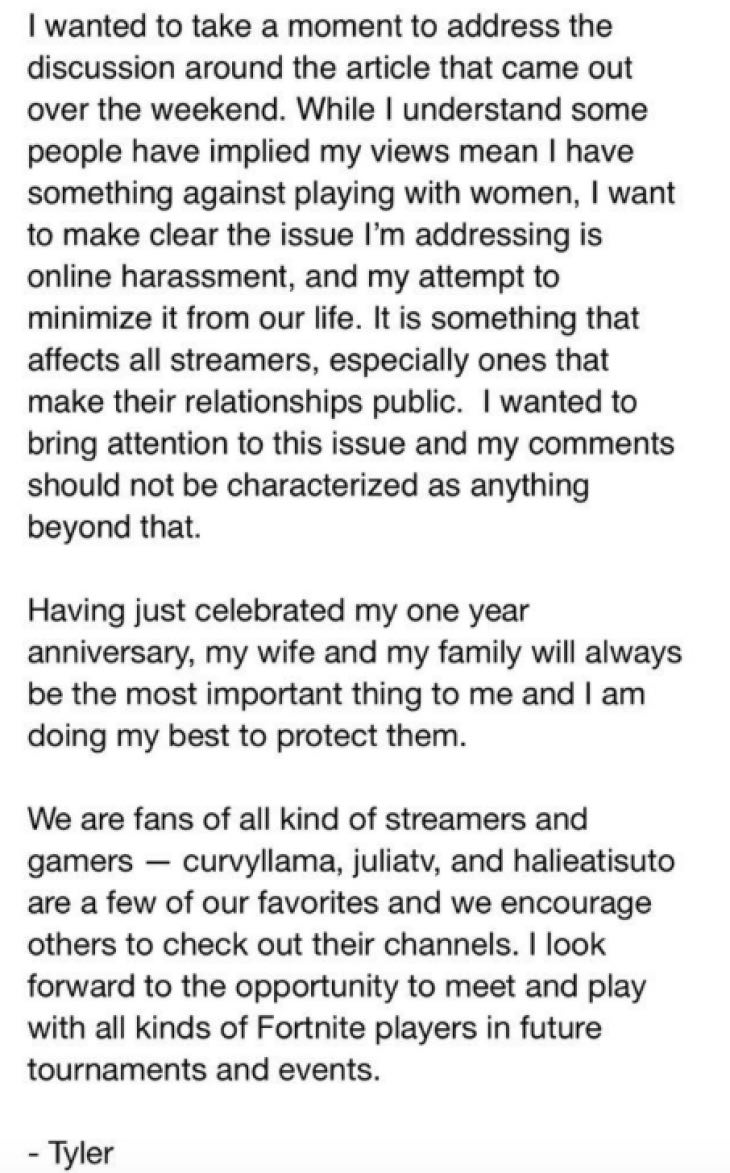 He also points out that he wants to protect his own marriage in the process and his views as a major public figure at the moment has naturally led to a lot of opinion on social media.

If you are interested in seeing some of the opinions and feedback on this topic, you can head to Twitter here for more.

As a daily viewer of Ninja’s streamers, are you sympathetic towards his views or not?