We have further bad news for Tumblr fans now, as we can confirm that the social-networking service is still suffering from a huge outage, despite first going offline around 17 hours ago.

As reported from DigitalTrends, we havent heard any further updates on the problem, other than the fact that the site went offline due to a problem related to one of their database clusters, which was big enough to crash the entire site.

Tumblr founder David Karp has promised a further update, as soon as the site is up and running again. Here is what he had to say in the last few hours:

“Rebuilding the entire cluster has been a painfully slow and manual process, but we’re almost through. We’ll be posting a recap when we’re back up.”

Users have been having their say on Twitter too, and it looks like most of you are not happy with the downtime. You can read what people are saying about the outage using this handy Twitter updates page here. 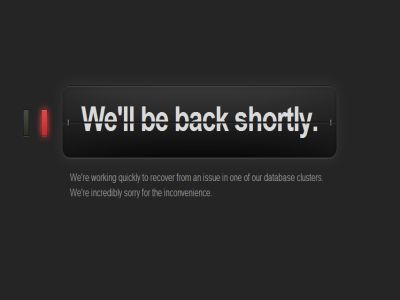 What are your thoughts on the Tumblr outage? As a regular user, are you frustrated?