It’s always nice to read a few reviews before you decide on buying a product or not, and the same can sometimes be said about video games. That’s why I thought I’d bring you a couple of reviews on the upcoming Tron: Evolution title, for those who are thinking of buying it.

The first review I came across is from Hugh Milligan over at games.on.net. Although the Tron: Evolution game will be available for multi-platforms including the PSP, Xbox 360, PlayStation 3, Nintendo DS, Wii and Microsoft Windows, this particular review is about the PS3 version.

Unfortunately, this reviewer only gives the game a rating of one-and-a-half stars out of five. Tron: Evolution is said to have one of the most unresponsive and counter-intuitive control systems ever, which makes it pretty hard to do exactly what you’re meant to — keep moving. 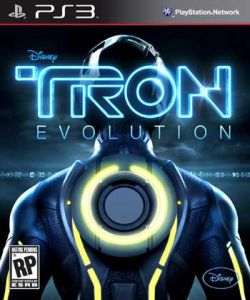 In fact, the character’s maneuverability has been compared to that of a shopping trolley. The down sides that have been noted in this review include lackluster graphics, repetitive level design and an incessant techno soundtrack. The next review comes from Jahanzeb Khan at palgn.com.au.

This reviewer gave the Tron: Evolution game a rating of 6 ½ out of 10, and claims that it will take around 10 hours to complete. The game structure can become boring quite quickly according to this review, and the level designs have been described as lacking variation.

You can read the full reviews via the links provided above. Have you been put off by these reviews, or will you still be buying the Tron: Evolution game when it arrives in December?