When asked what the two best hypercars are, two models that spring to mind are the Bugatti Veyron Grand Sport Vitesse and the Koenigsegg One:1, both of which can reach speeds in excess of 260mph. The two are very evenly matched in terms of top speed and horsepower, with the latter producing 1,322 bhp. However, the Trion Nemesis is also expected to hit over 270 mph and is said to produce around 2,000 horsepower.

If the Trion Nemesis goes into production by January 2016, then it will certainly battle Bugatti and Koenigsegg for supremacy, although we have to remind ourselves that there are only 20 more units of the Veyron to be built, with work already underway on the Bugatti Veyron successor. We know there will be various models, one of which will make use of a gasoline engine and a series of electric motors, much like the system used on the Porsche 918 Spyder. 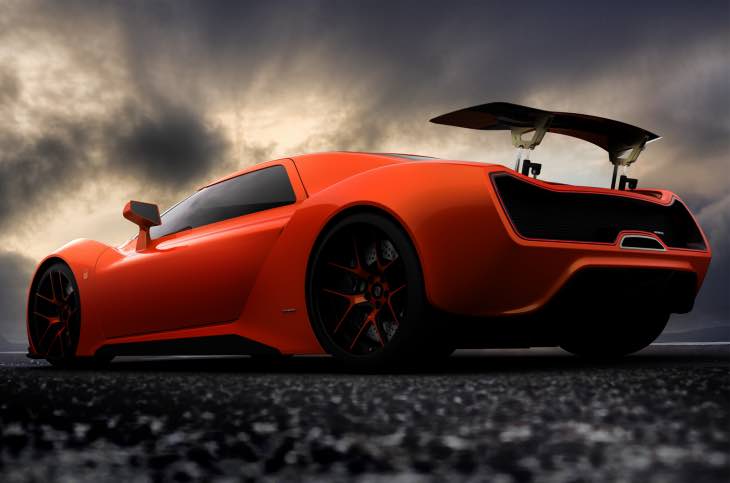 The Nemesis will come with a carbonfibre monocoque, as well as a pushrod-based suspension system as used in F1. To help reduce weight to increase its power-to-weight ratio many of its body panels will be formed from carbonfibre. However, unlike F1 it will make full use of active aerodynamics to help improve the handling of the Nemesis, which is what the Pagani Huayra also does to help give it more stability.

It would seem that the Trion Nemesis is all about producing as much stability and traction as possible, and the Four-wheel drive system is another of those systems to help that.

According to Autocar there is to be just 50 models built, making this a very exclusive vehicle, and at $1 million, it will be seen as a bit of a bargain for a hyper car with this sort of performance and technology.