If you were hoping to find some Trio Stealth G5 7 tablet reviews, then you might be left feeling a little disappointed, seeing as though reviews are very limited, and what we did find were for the 10-inch version instead. However, do not let this put you off because the lack of user insight still does not mean this is a bad tablet, it’s just not as popular as some of its rivals in the budget tablet market. 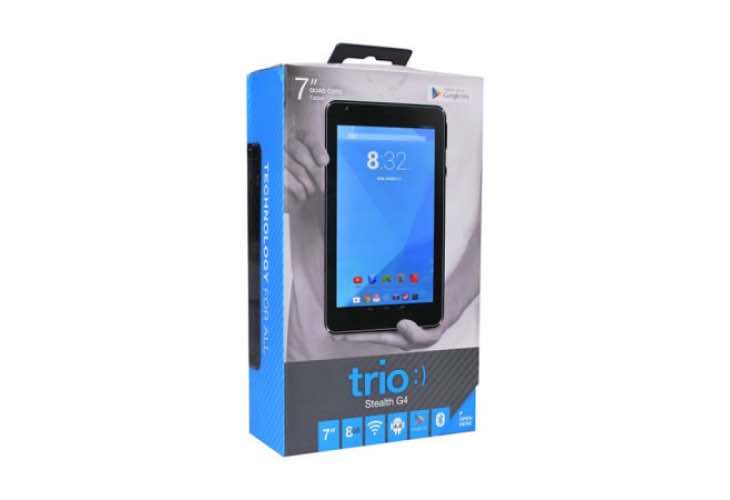 However, if you were looking for a mobile device from this brand that is more popular, then the Trio Stealth G4 7 tablet could be worth a consideration.

The model that we would have to compare this 7-inch Android tablet to would have to be the original Nexus 7, which we know was a very popular model, although it does look past it now. Having, said that, you can tell by some of the Trio 8GB 7″ Tablet reviews that it’s not about the features and specs, but more so the budget, as the price of this tablet is often less than $50 – although there’s rumours that it could drop below $25.

One of the best sources of information when it comes to this 7-inch tablet has to be from those that have or still own one, and so Walmart has you covered with over 70 user Trio Stealth G4 7 tablet reviews. Even though it is at the higher end of the star rating system, it’s clear the reviews are mixed.

In terms of its specs you get a 7-inch display, 1.5GHz Allwinner Boxchip A31s Quad-Core Cortex A7 processor, 512GB of RAM, 8GB internal flash memory, front-facing camera, and Android 4.4 KitKat pre-installed. For more details we ask that you study the Trio Stealth G4 7 manual here.