With June 9, 2016 fast approaching, it is obvious that we will now see a few more renders of what is rumored to be upcoming phones from the phone maker. Having already seen some Moto Z renderings, it now seems as though we are being teased some of the upcoming accessories for the handset.

If we are to believe the previous renderings, then the Moto Z will have a series of holes, which we presume are for a dock connector. It is now assumed that the connector will allow for some modular Moto Z accessories. 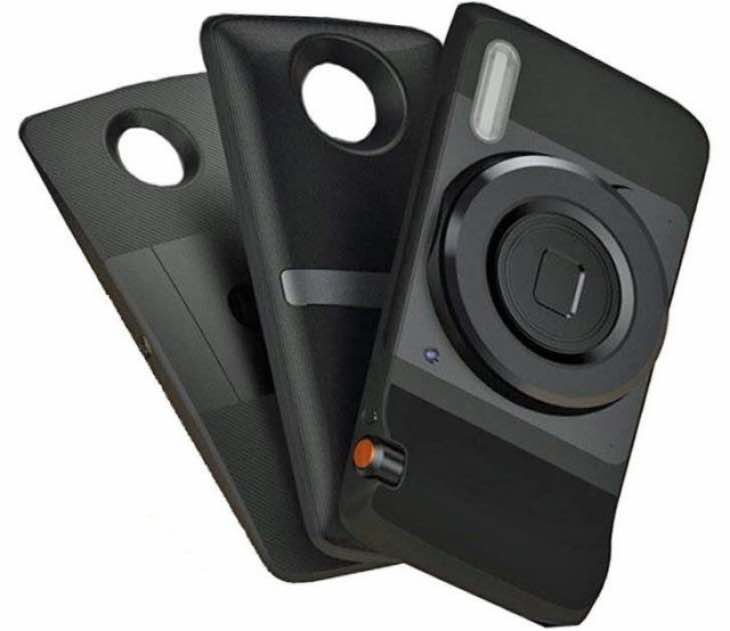 Even though these are not official images, the renders thanks to Evan Blass do look as though they could actually be the real deal, and so gives us a good idea of what sort of accessories we can expect. We do not have a clue as to what Motorola will call these attachments, but Blass has named them MotoMods – not too sure how that will catch on.

Looking at the renders there could be three new Motorola handset accessories in all, one of which is a camera add-on with built-in flash, along with a dedicated shutter release to offer better image quality.

We are not certain what the other two are, although one does have a kickstand, so could be ideal for watching videos on, or to view pictures. As for the other, this could be a battery cover to offer increased battery life, but as we say, this is based on pure speculation.