With around 20 more models to sell of the current Bugatti Veyron, its successor is already well into the development process, so much so that we have learned there are currently three concepts, all of which have varying aspect. It is not known if Bugatti aim to go with the one that proves more successful in testing, or bring the best of the trio into one model, or release three different models to cater to specific needs?

It will be a sad day when the last of the current generation Bugatti Veyron cars is made, although we suspect it will be a very special Limited Edition model, one that will demand a high price tag. So what is it that we can expect from the Bugatti Veyron successor? 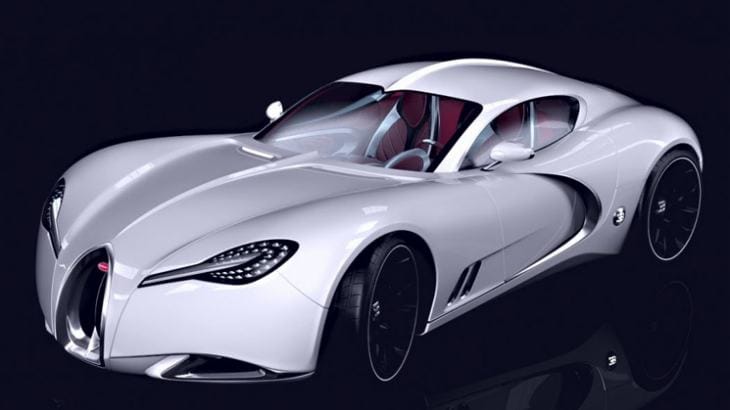 Understandably, Bugatti has been very secretive about the successor to the Veyron, but we know they are looking for more power – well on one of the models anyway. In order to go faster Bugatti would need to develop an engine with substantially more power just to gain a few extra miles per hour seeing as the air becomes much thicker to punch through.

However, the easy way around this would be to go with a few electric motors, much like the system on the Porsche 918 Spyder. We have heard that the Bugatti Veyron hybrid model would be able to produce around 1500 horsepower, an increase os 25 perscont over the current model.

As for the other two concept models, we have no idea, so what do you except?