Trials Frontier was first described as one of the best bike game apps you will come across, and in true Hallow sprit, it has received a Jack O’ Lantern inspired update. In the original game you got to explore a vast world while riding your motorcycle, where you had to compete against friends in order to top the leaderboard. You also had to master your skills and tricks along the way.

Trials Frontier Version 2.5.0 turns the game on its head because in true Halloween style, you find that the Pumpkin King has finally awaken from his sleep and is intent on destroying your village and moving onto the other villages in the land. 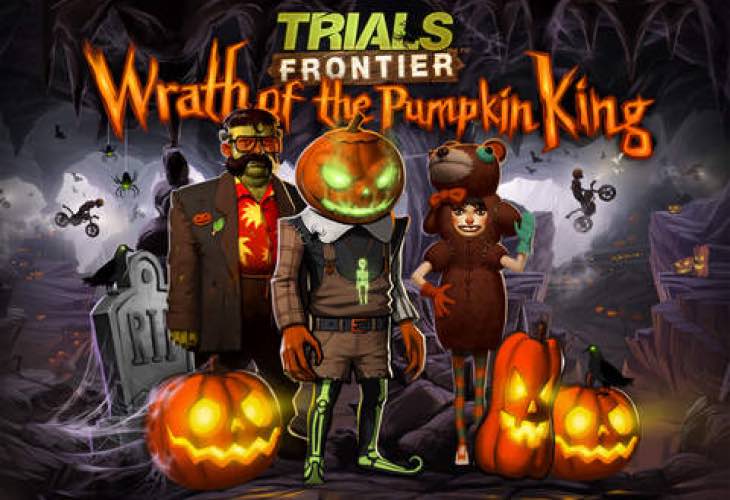 As the bike rider with all the skills you have accumulated following all the races around the globe, it is up to you to take on the Pumpkin King. The first thing you have to do is smash every one of his Pumpkin Minions. Don’t be fooled as they are not as cute as the yellow minions we are so used to seeing.

Each player has the chance to take part in a 16 part live event to send the Pumpkin King packing. The free update also gives you 9 bike skins with a creepy theme, along with 4 scary tracks, along with a load of other Halloween inspired content that you unlock along the way. For more details visit iTunes.