When Call of Duty: Black Ops developer Treyarch posted a simple thank you to their fans on the popular social networking website Facebook recently, I don’t think they were quite expecting the response they got. In fact, the message of gratitude appears to have backfired on them.

As you all know, the Call of Duty: Black Ops game has suffered several issues since it was first released last November, despite the fact of having received numerous patches. As Luke Connolly from shadowlocked.com reports, fans decided to use Treyarch’s message as an opportunity to voice their opinions.

Soon after Treyarch posted their thank you message (for surpassing 5 million fans on the website), the Facebook page — which you can view here — was awash with criticism. For example, one person suggested that Treyarch didn’t have 5 million fans, but 5 million people waiting for the game to be fixed. 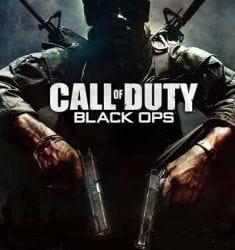 Some even went as far as describing the COD: Black Ops game as the worst Call of Duty title ever, while others complained about the DLC being overpriced. What do you think Treyarch made of all the negative Facebook comments it received?