We are getting closer and closer to the arrival of Black Ops 4 as another huge Call of Duty era begins, with developers Treyarch now giving fans a confirmed Black Ops 4 beta start date much to their delight.

Now, we know when the beta will actually start and Treyarch has confirmed this to be on August 3 for PS4 owners. Those playing on PlayStation will get a week’s head start, before the Black Ops 4 begins for both PS4 and Xbox One on August 10. 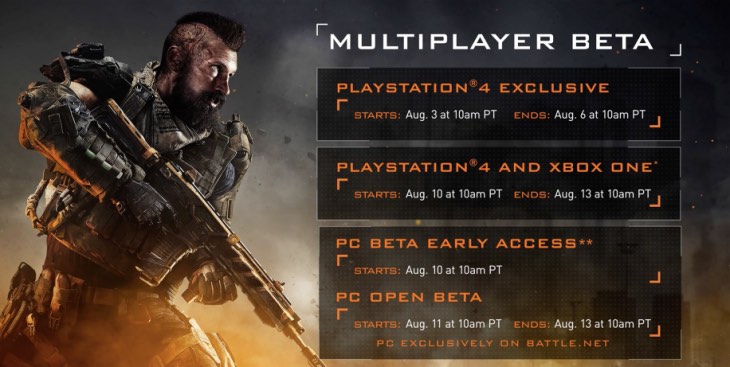 According to the developer, 10am Pacific Time is the magic start time for when the beta begins and ends, which means 6PM UK time.

Six maps will be playable in the beta on the game modes Team Deathmatch, Search and Destroy, Hard Point, Domination and Control which is a brand new mode for the series.

Have you already pre-ordered Black Ops 4 ready to play the beta on PS4? Save £5 off your pre-order if you need to get the game here.