Some Mac users were not in a happy mood yesterday, as they were coming to terms with the fact that they were being targeted by malicious malware. The software is known as ransomware and managed to get around a version of Transmission.

This software that is being called ransomware is one of the fastest growing malware issues for Mac users, and shows that those that assume owning a Mac was safe, and not an issue to use anti-virus of anti-spyware programs were wrong.

However, the good news is, there is a new Transmission update, which is version 2.92 and removes the ransomware from Macs. The previous version already came with some significant updates, and so looking at the latest Transmission version release notes, it just says, “Build OSX.KeRanger?.A ransomware removal into the app”. 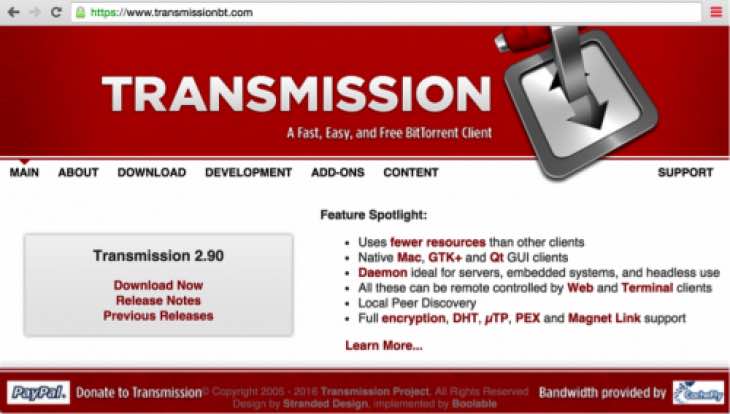 What’s it about – The way to tell if you are infected is simple, as you will more than likely be asked to pay a ransom so that the files it encrypts can be unlocked. Reuters believes the cost to get these files unlocked is around $400. It is also said to be very hard to trace, and so it is very important that you update to the most update-to-date version of Transmission.

If your Mac is compromised, then you could start losing date from today, Monday, March 7, 2016. This takes it to the three day deadline that the ransomware gave users. Full details on what to do can be found at transmissionbt.com.