When it comes to marketing a new car you can’t get better than including it in a Hollywood blockbuster, and they don’t come much bigger than Transformers. We’ve already seen several cars getting some great publicity from The Fast and Furious 6, but it’s not going to be anything like you would get from Transformers 4.

The latest Transformers 4 cars are a special race-inspired C7 Corvette Stingray, which is their new 2014 model, and also the awe-inspiring Bugatti Veyron Grand Sport Vitesse. It’s obvious why these cars were chosen to be mimicked by the Autobots, although they still won’t be able to outrun Starscream. 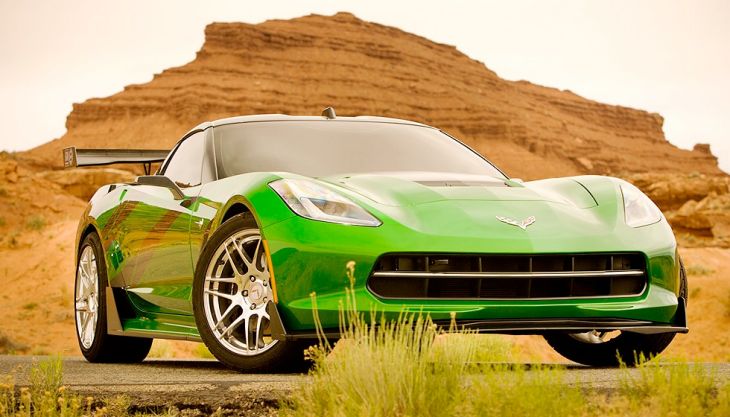 Filming has already begin for the new movie, so we only know these two cars from the movie, although we also know how Optimus Prime will look when transformed into his big rig.

We are uncertain as to the names of the new Autobots who will be taking the form of the 2014 Chevy Corvette Stingray and the Bugatti Veyron Grand Sport Vitesse, but they could have chosen less conspicuous paint jobs.