We’re willing to bet that all FIFA 16 players now are currently glued to the likes of Sky Sports News or following Transfer Deadline Day on Twitter.

This is the day when all clubs across Europe will go crazy, trying to complete last minute deals to bring players to their club – or trying to sell.

The reason why all FIFA 16 players should be taking note, is that EA are now almost instantly applying these transfer changes to FIFA 16 Ultimate Team as soon as they happen.

We have seen the developer act very fast so far with the January transfers and now we are willing to bet that they will be making the first group of transfers live later on Monday, February 1 and competing the rest by the end of the year. 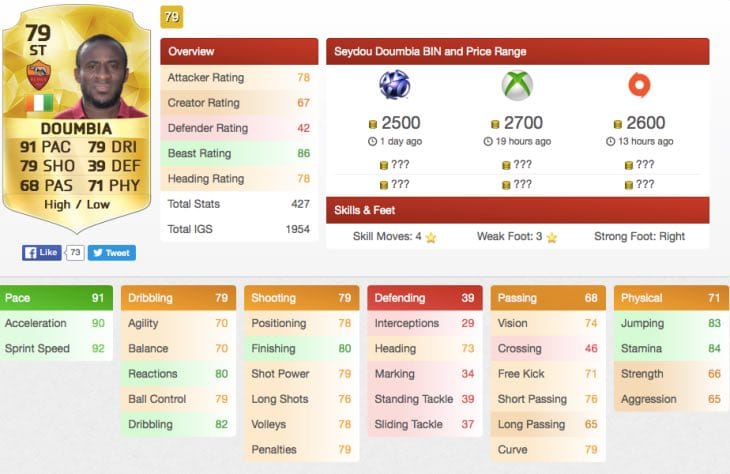 Newcastle fans have something to be happy about as they now have Seydou Doumbia on loan from Roma. This is a striker with a 91 pace stat and a 79 overall rating with 80 for finishing.

He currently sells for around 2500 coins on the transfer market, so you may want to get your purchases in now before this price increases in a few hours.

Elsewhere, Federico Fazio has moved from Tottenham to Sevilla on loan and Aiden McGeady has moved from Everton to Sheffield Wednesday on loan. You can keep track of all the latest deadline day transfers here – plenty more will be coming.

Once the player has moved officially, you’ll then need to head to EA’s Winter transfer page here to see when the player is live at his new team – we suggest you bookmark it.