Drivers seemed to have paid too much attention on their cars and vans getting stolen, yet many of them have forgotten about their caravans in the UK. However, Trackster has announced a new system called Trackster Leisure that tracks stolen caravans.

Trackster, a division of Teletrac Navman says that more than one thousand caravans were stolen in the UK last year, and so felt the time was now right to introduce a decent level of security so that people are able to track their caravan if it gets stolen. 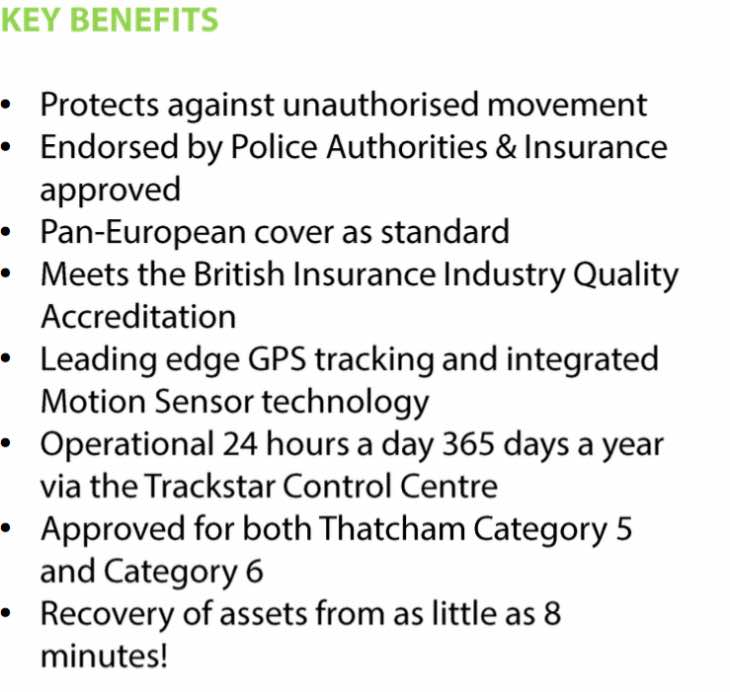 The company says that this new tracking system is fully Thatcham approved Category 6 and comes with app support for Android and iOS devices, and will communicate 24 hours a day, 7 days a week with the Trackstar monitoring Control Centre.

Some of the main Trackster Leisure features include GPS for accuracy, a smartphone app, pan European protection for driving on the continent, and also an optional Integrated Alarm for added protection and peace of mind.

By using the app you are also able to keep a track of your journeys, and you will be alerted via the app if the caravan is moved unexpectedly.