More exciting new electric powered concept cars are beginning to appear this year. We previously brought you news of the Nissan ESFLOW concept. Today we have news that Toyota will finally unveil their iQ EV prototype that it has been showing off for years now, at the Geneva Motor Show next month.

As reported by Engadget, the concept which we are calling the iQ EV doesn’t actually have a name yet so is for now named after the design it is based on. Toyota says the concept has the same principles as the FT-EV II Concept but with a newer compact lithium-ion battery that has been slimmed down and designed to allow a driving range of 65 miles per charge, that’s 105 km.

The iQ EV prototype has a powertrain running completely on electric, making it emission free yet remains silent when running, so as to not disturb the environment. It can also hold up to three passengers so is fairly small like it’s designed based iQ. 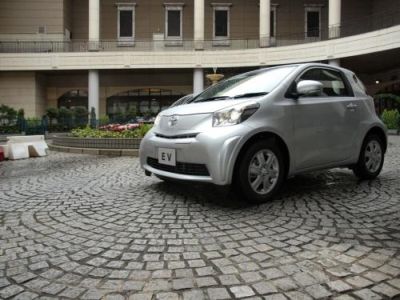 Plans for production are already in place and Toyota intend on producing the iQ EV in time for sale in the U.S sometime next year, although no specific date has been released. The vehicle is apparently to be tested on European roads this year.

Toyota also plan on debuting three of their other vehicles alongside the concept at GMS 2011 next month, the Prius+, Yaris HSD and FT-86 Concept II. Do these EV vehicles appeal to you? What do you think of the Toyota iQ EV concept?