Toyota, who are responsible for the Prius EV are planning to sell charge points for homes so that electric and hybrid car owners will be able to plug-in and charge their vehicles from the comfort of their own homes.

They will start selling in 2012 and will release two different types of charger. The first will be for the garage and the second for exterior use at home. According to Reuters you will also be able to use the chargers on other electric cars not just Toyota.

The car manufacturer is hoping to sell into the region of 20,000-30,000 units within the first year, each costing from 200,000 Yen, that’s around $2405 which is more than the Voltec charge point which is $2000. However the Toyota charger has the same charger plug, SAE J1772 used in the Nissan Leaf and the Chevy Volt. Engadget say this could lead to the first price wars amongst EV chargers. 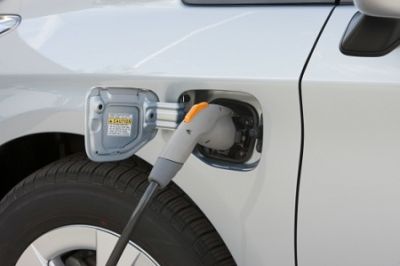 Toyota will start selling in Japan early 2012 as well as Europe and the U.S. they will also start sales on their electric-motor car based on the iQ.

How do you think the chargers will do? Are they priced reasonably? Let us know your thoughts.